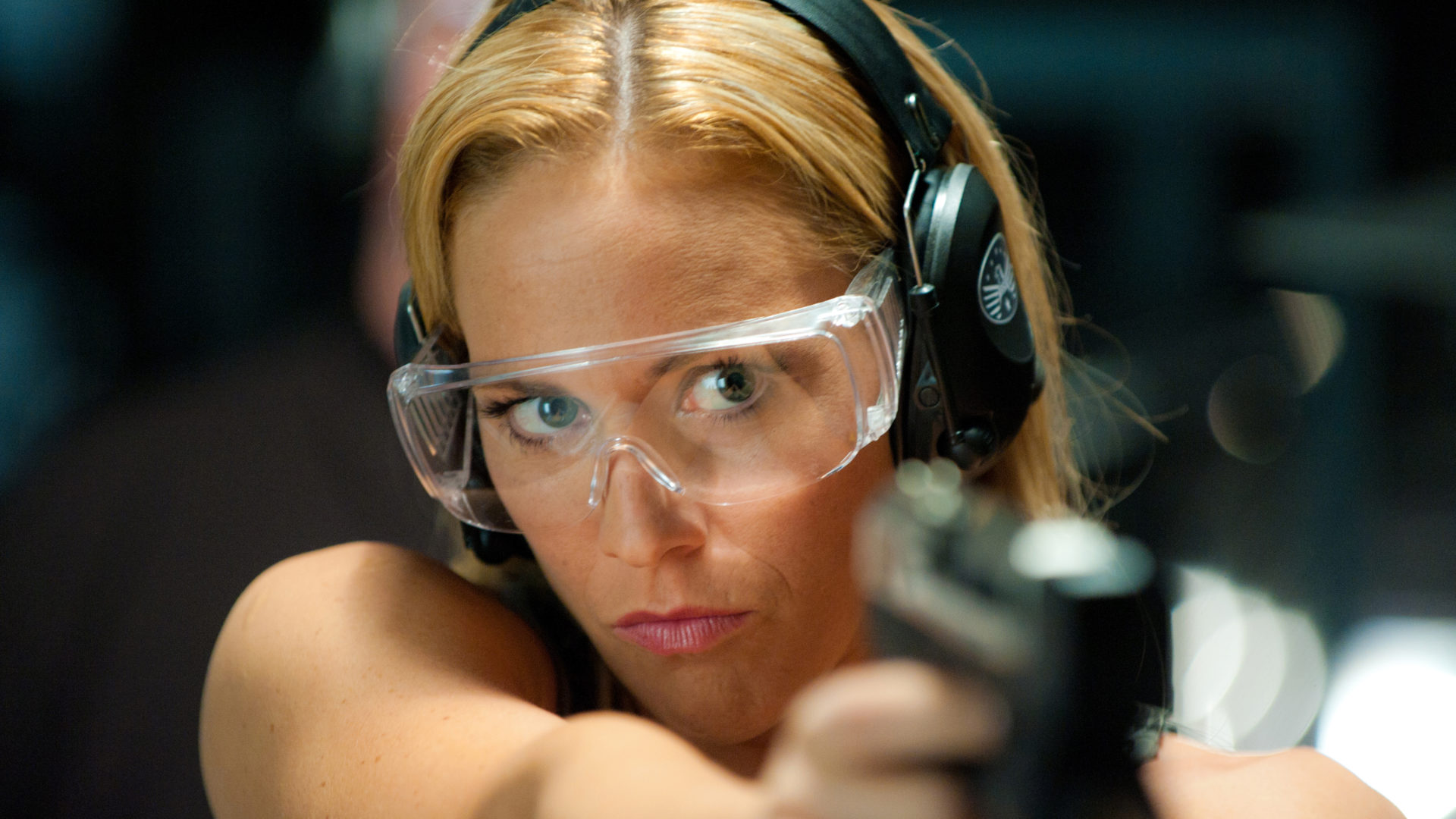 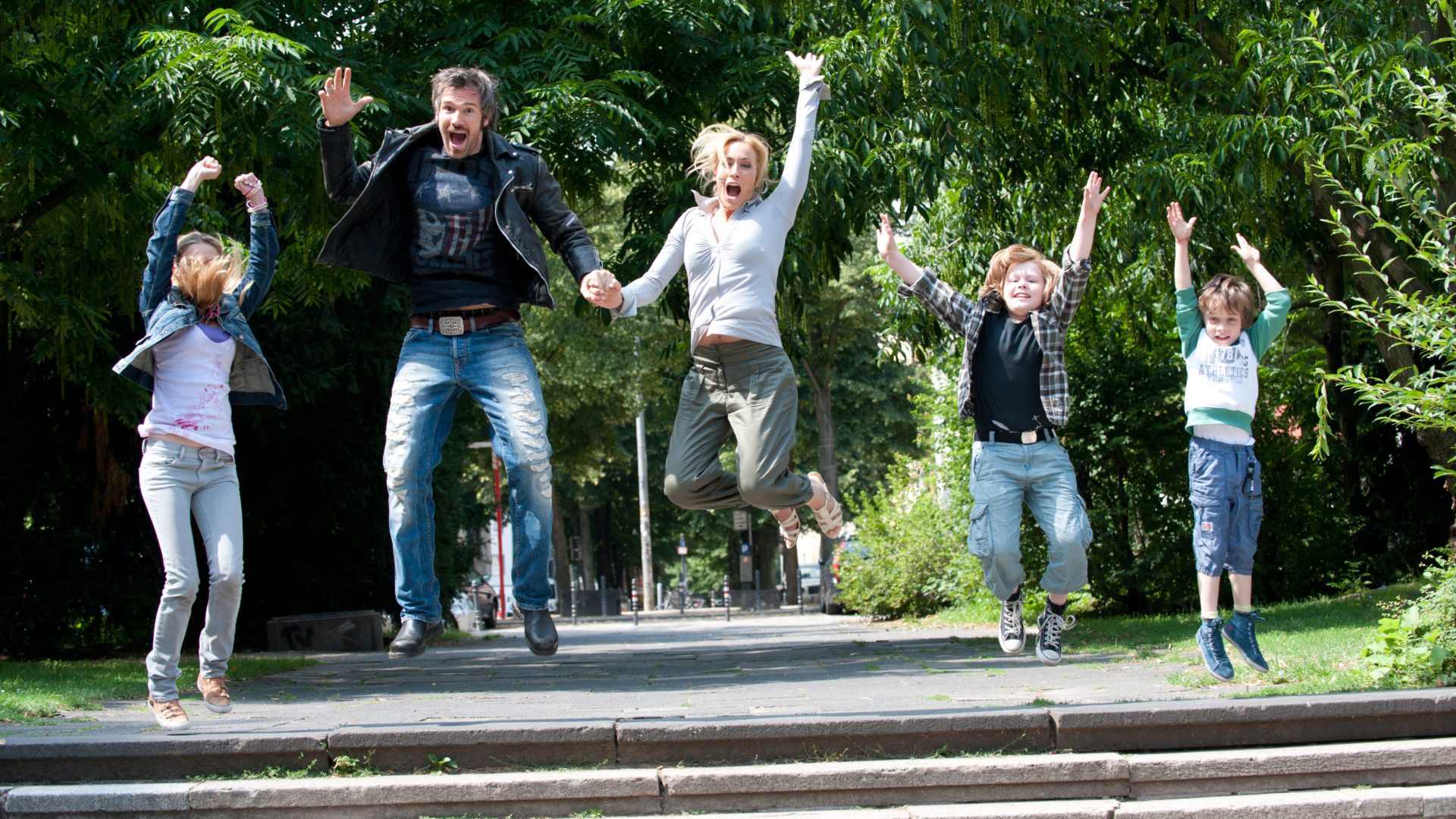 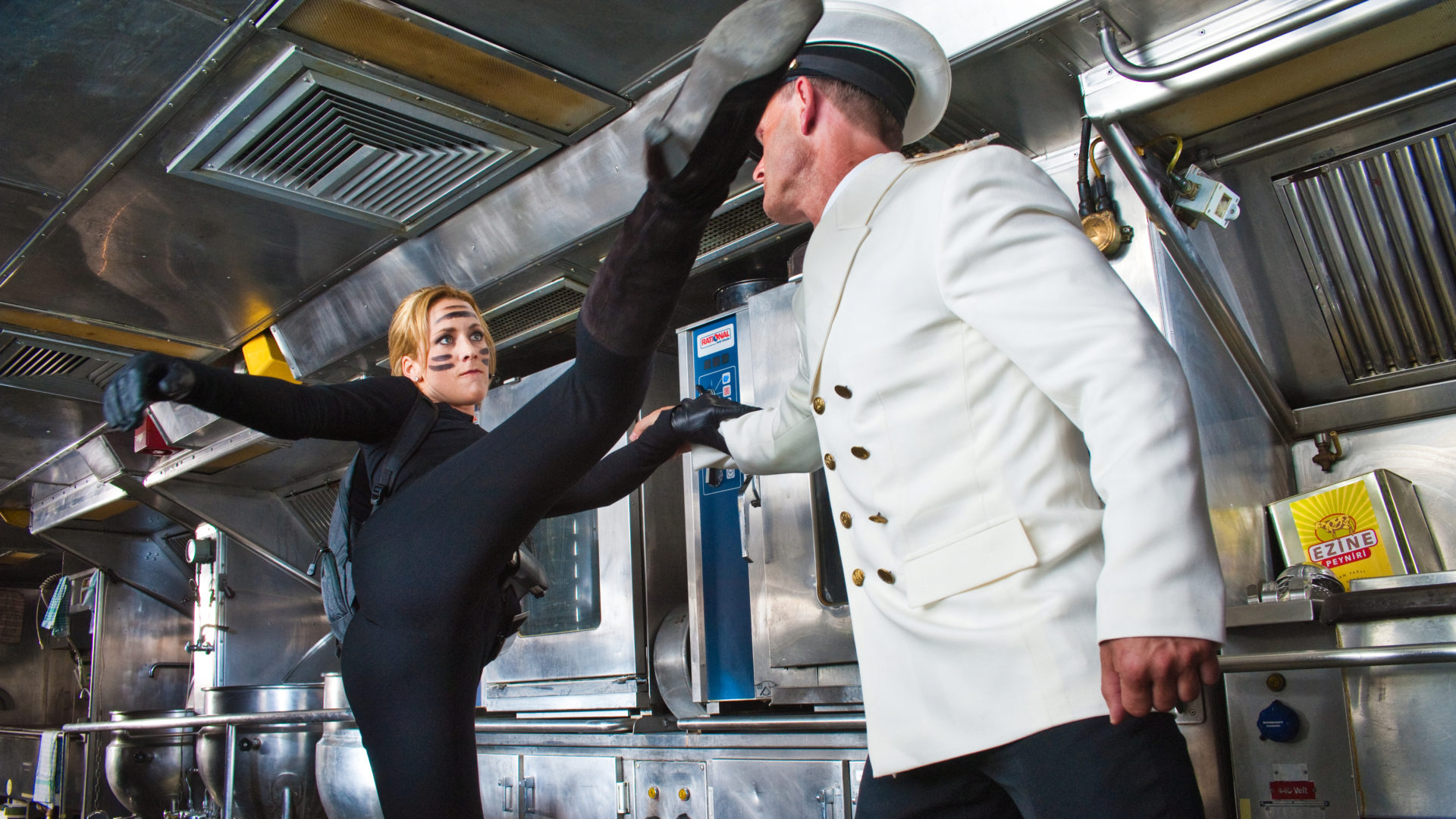 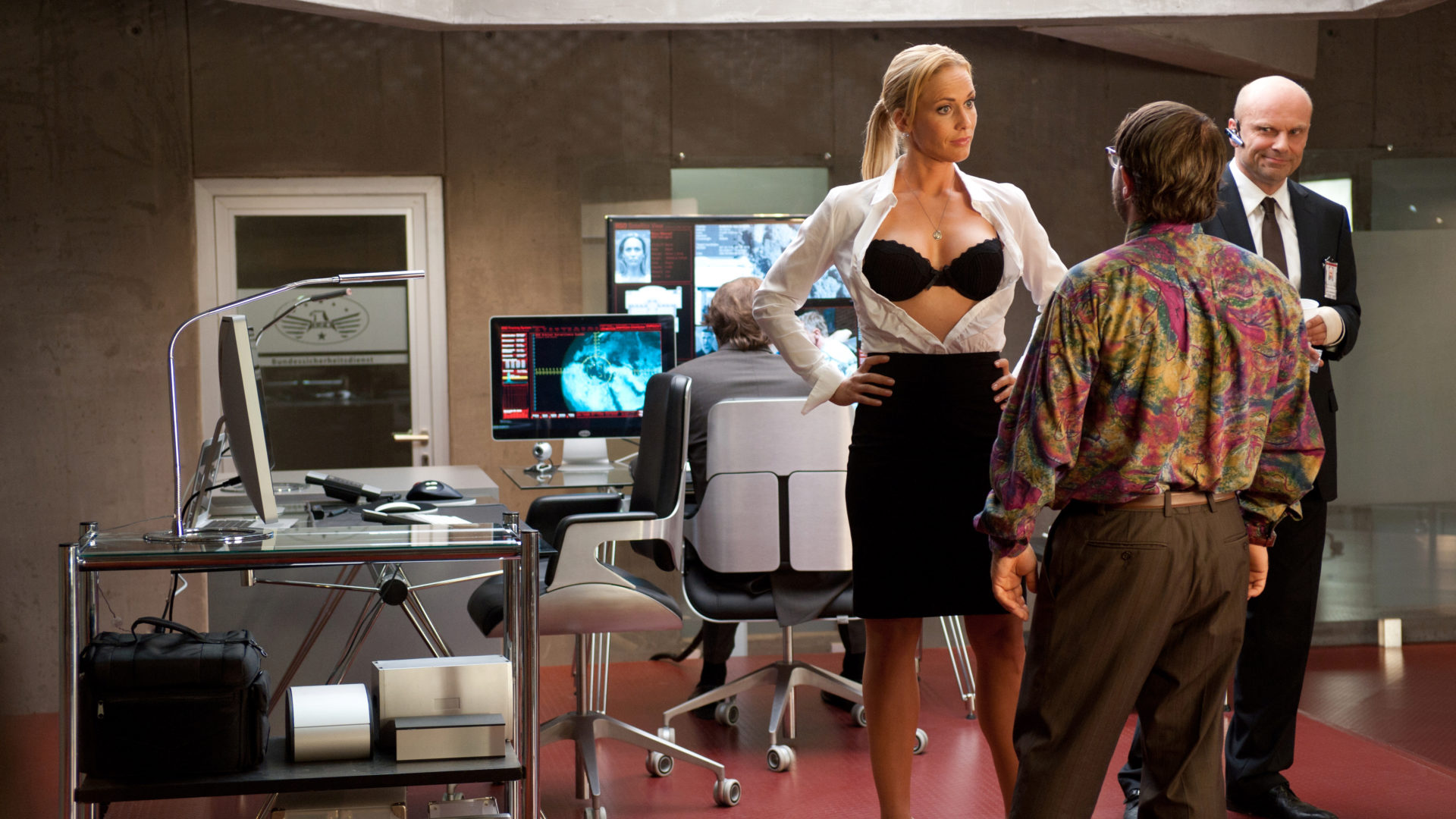 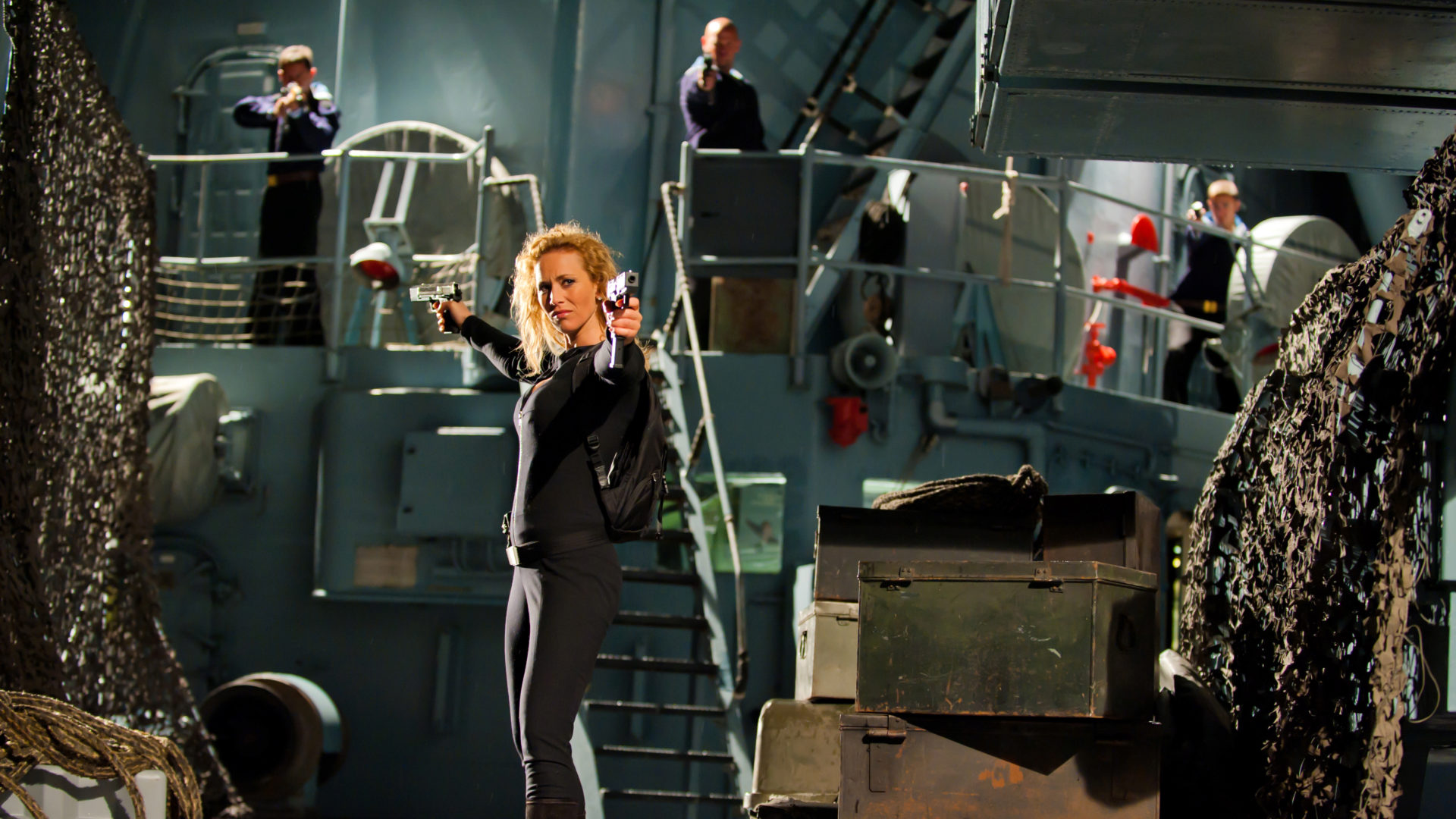 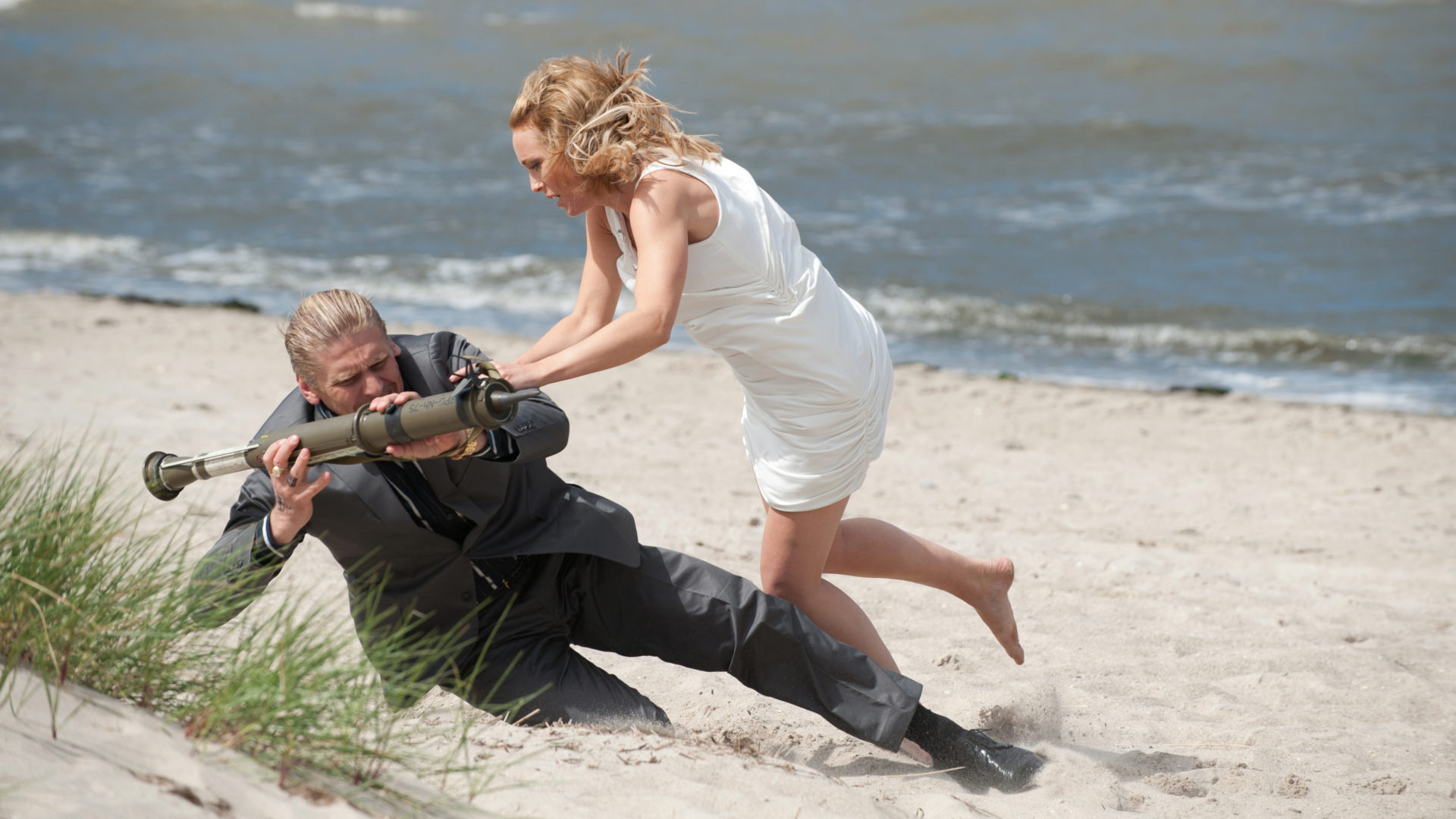 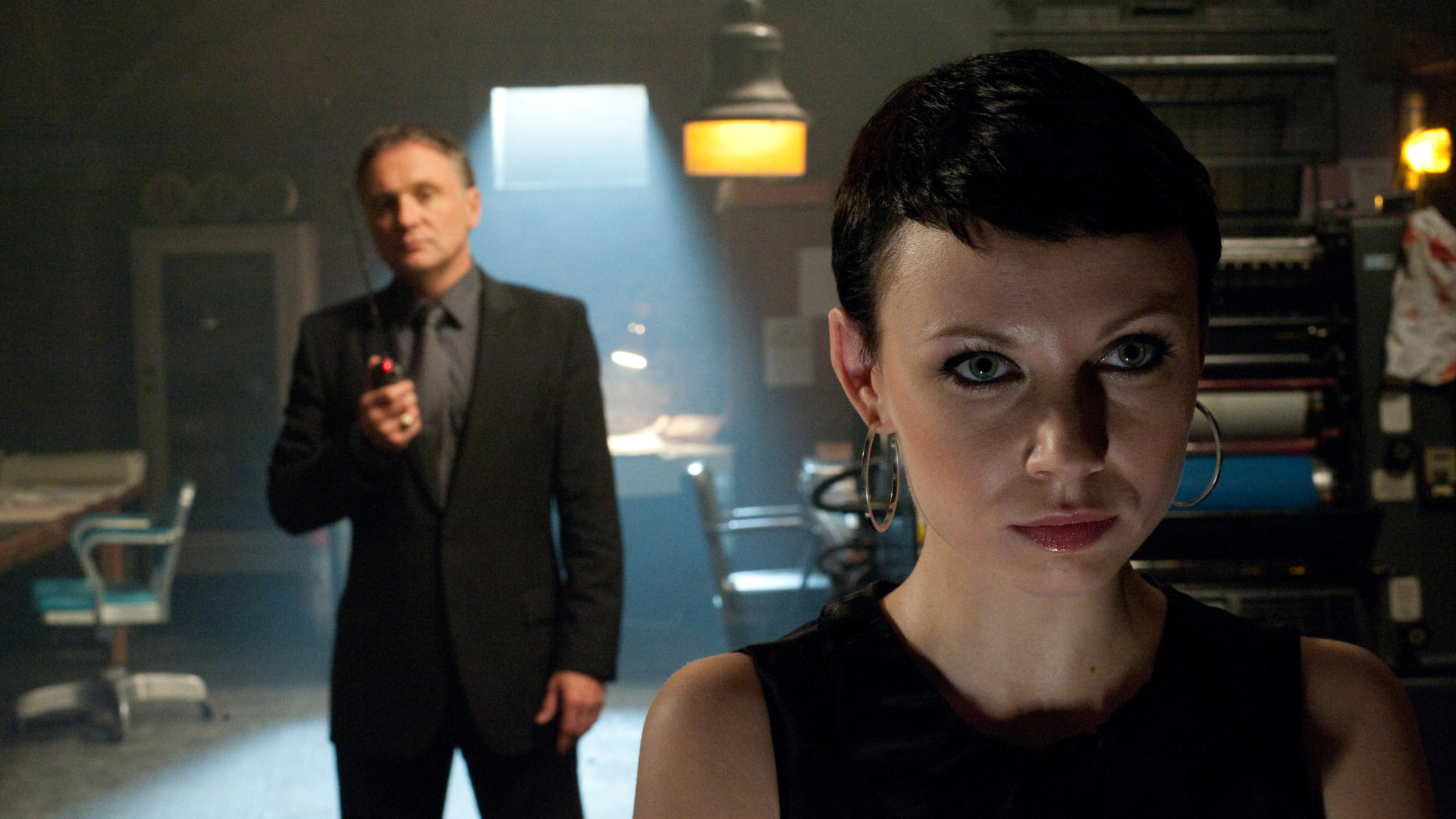 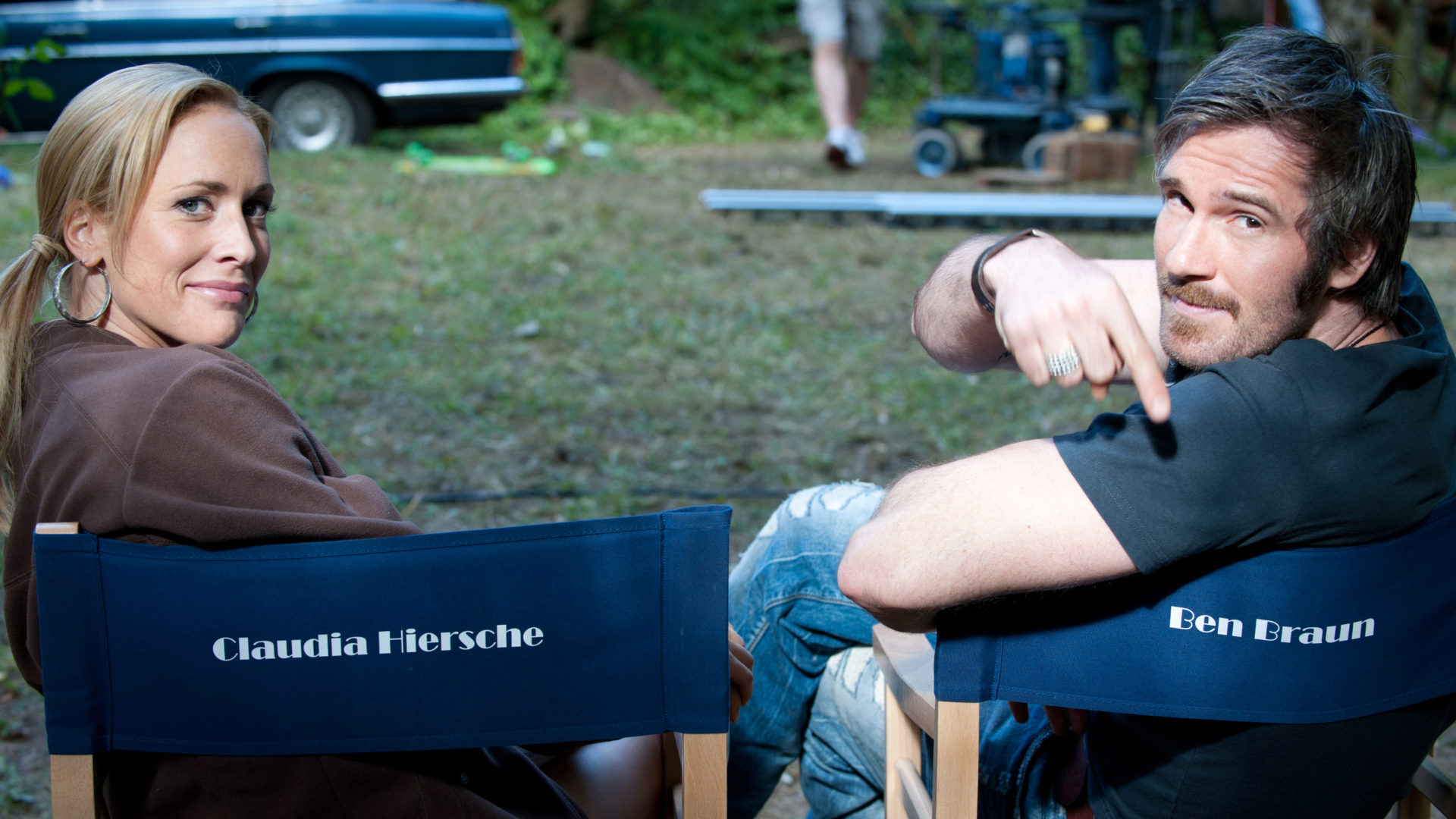 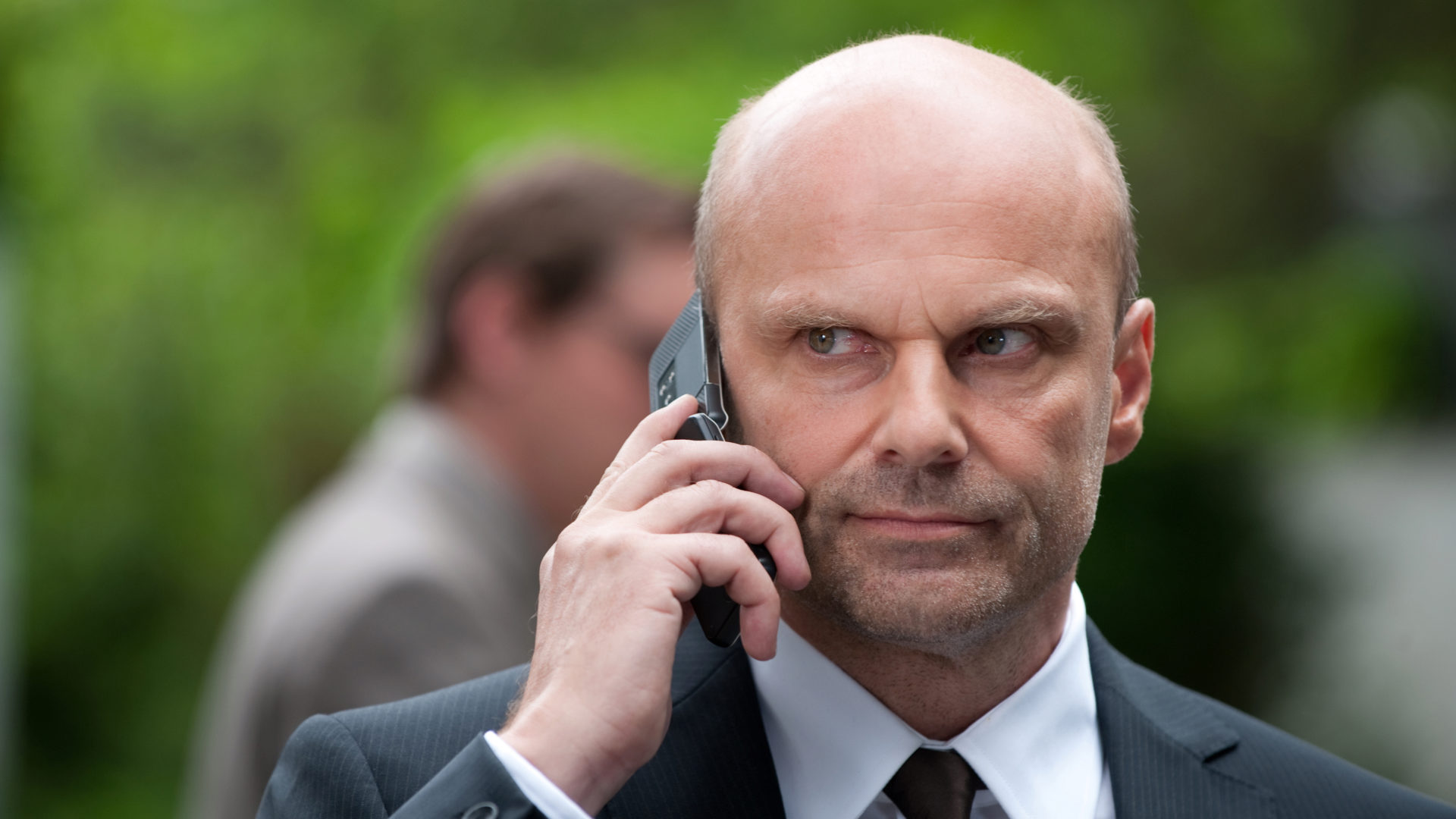 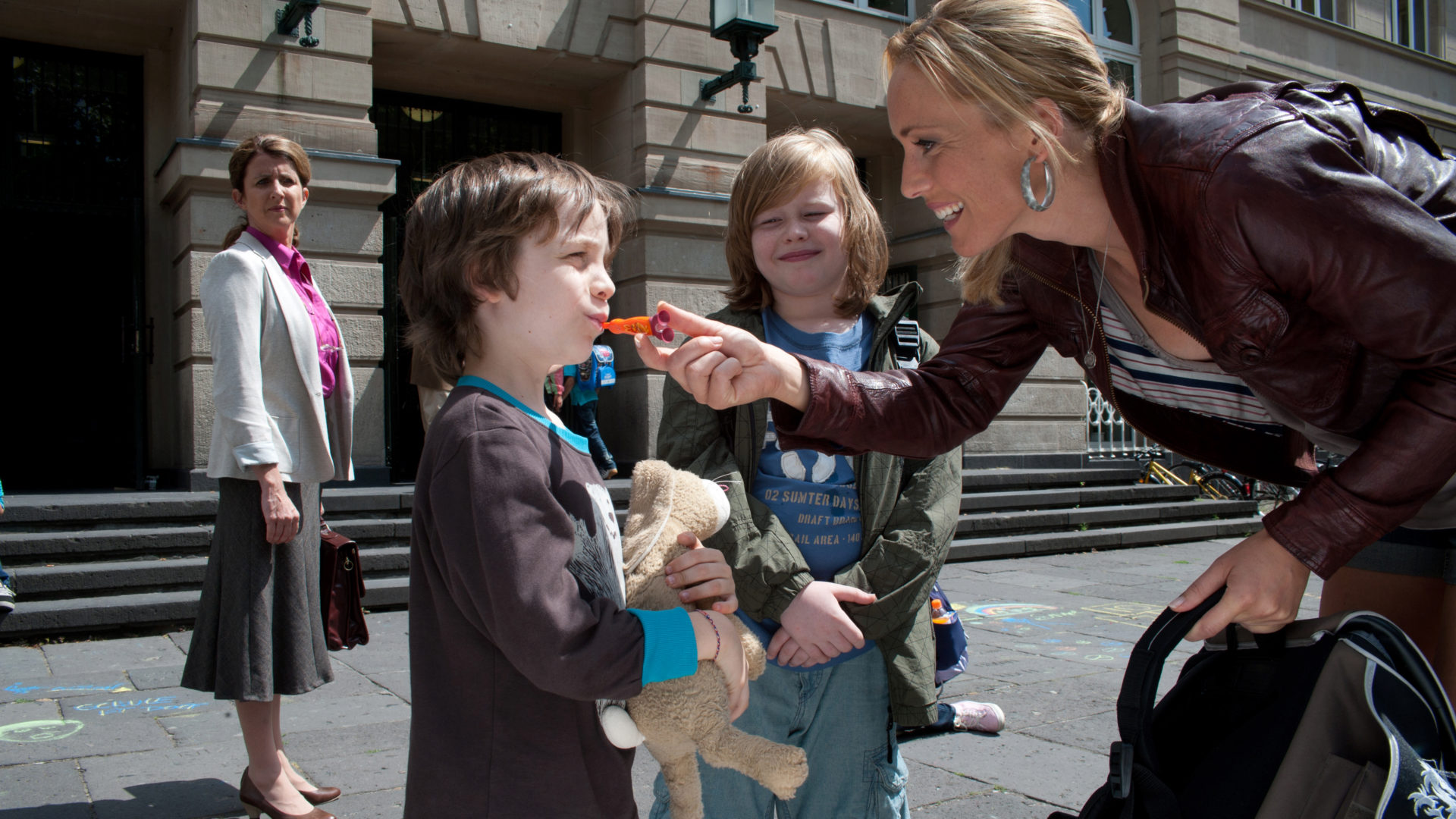 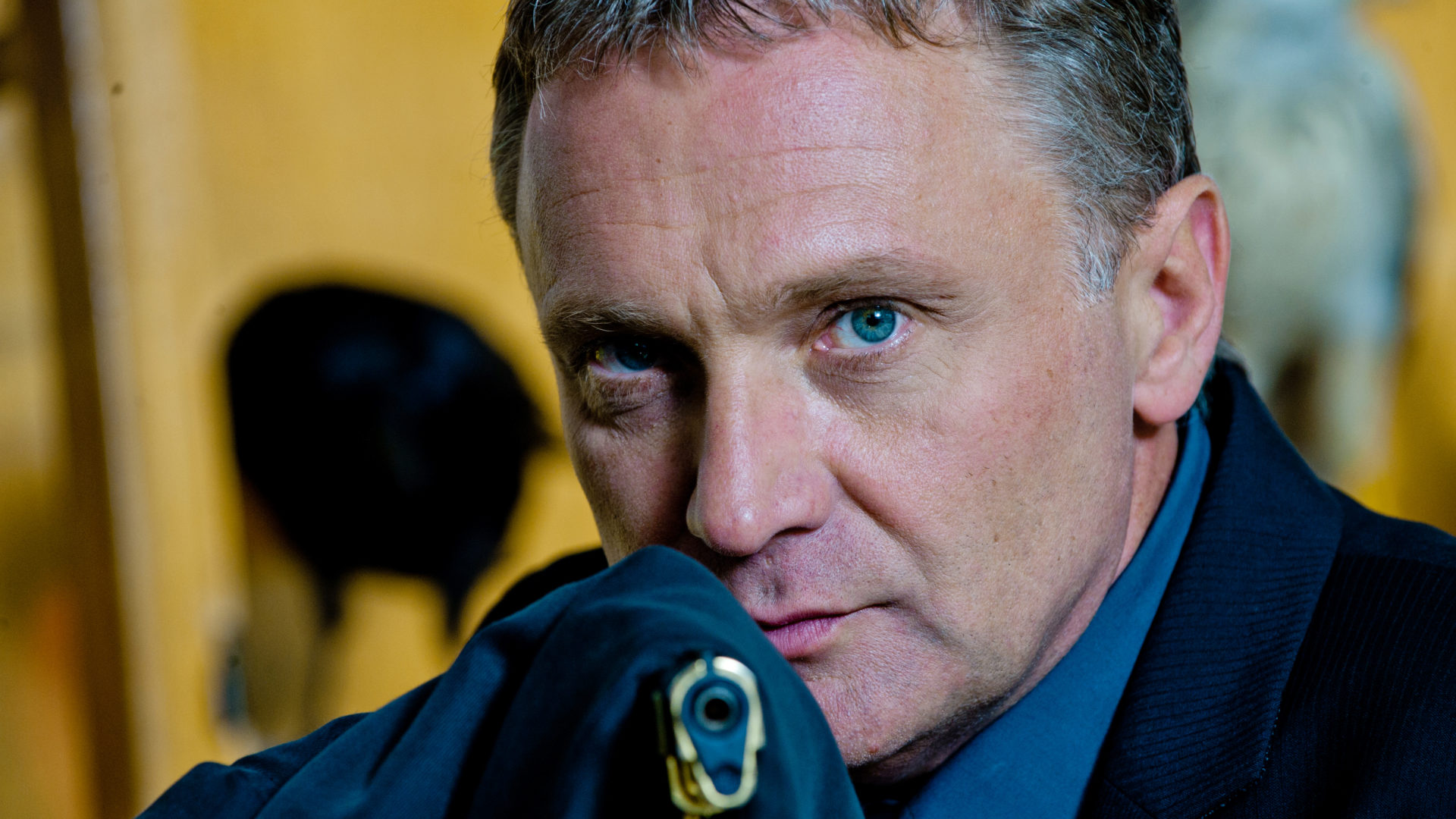 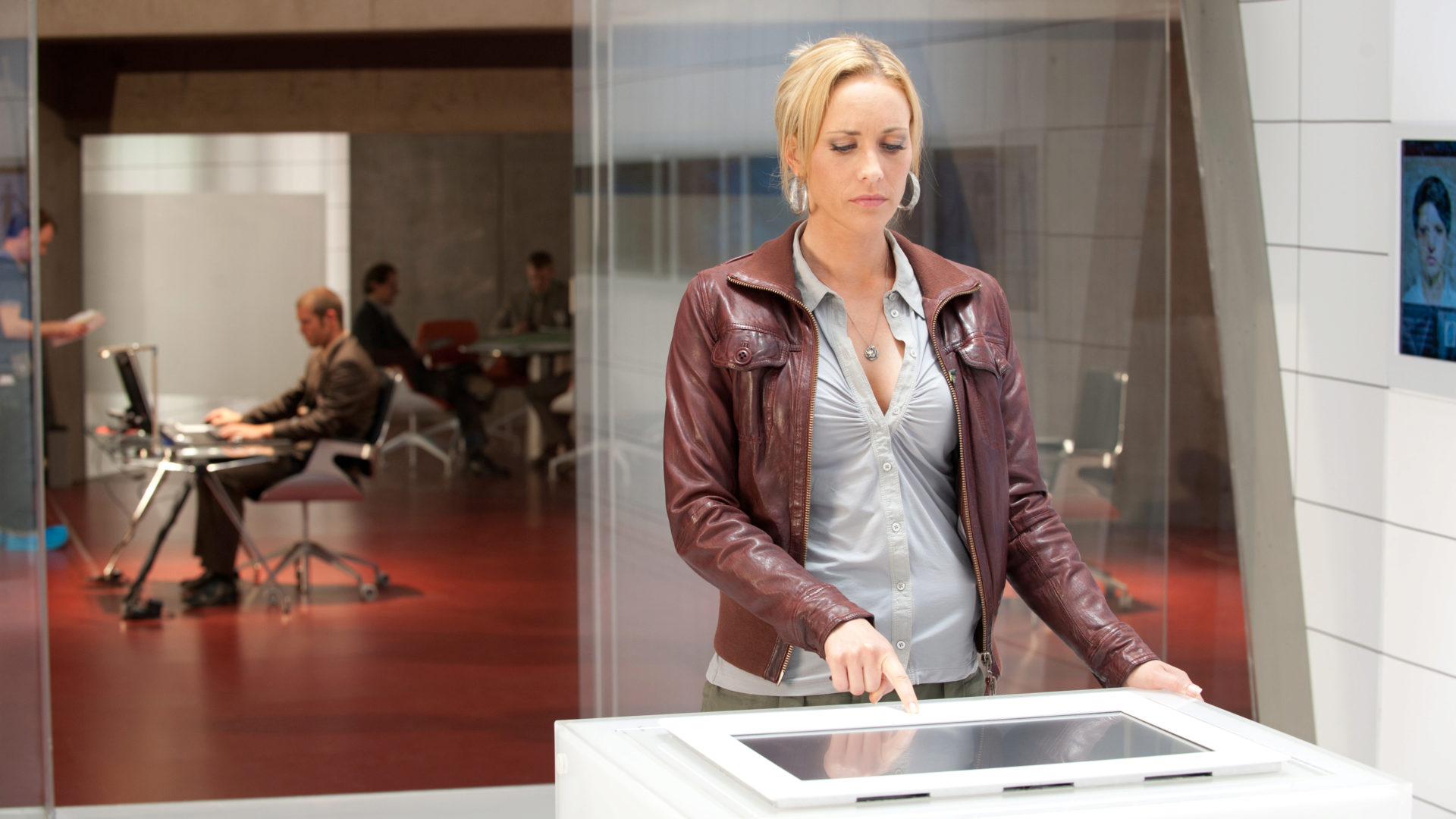 Catch bad guy, free kids, save world, make dinner.
She may not introduce herself as 'Wenzel, Nina Wenzel' anymore, and the only things that get stirred, not shaken, in her life are the lattes and cappuccinos she whips up at the coffee shop where she works. But Nina Wenzel once was the Superwoman of the Secret Service, a martial arts expert and explosives specialist worth her weight in uranium. Five years ago, she helped bring down notorious arms dealer Geiger. But when her sister and brother-in-law died in an accident, Nina became a full-time mom to her niece and two nephews. Just as Geiger is set to go on trial, he makes a spectacular escape, which puts the Secret Service in a very bad light - the only way they can get out of this mess is to hire 'Kung-Fu Mom' to catch him again. Nina agrees, but only if she can do her spying as a day job and still take care of the kids in the evening. She soon finds Geiger, but before the trap she's laid can snap shut, Geiger forces her to play counter-agent. She saves him, but knocks out her new boyfriend in the process - collateral damage. Then it's time for some real ass-kicking when she's forced to join Geiger in stealing a new super-bomb from a Russian ship. Thrashing and smashing, pummeling and jabbing, Nina discovers what fun her old job still is. Though the kids can't imagine what their boring Aunt Nina does all day, that soon changes when they're taken hostage. At the Secret Service headquarters, Nina is bound with explosives that will go off if the government doesn't pay 100 million euros. Of course the government won't, so it's up to her skeptical but steady-handed boyfriend to defuse the bomb. The rest is child's play, with Nina catching Geiger, freeing the kids, and saving the world - all before dinnertime!

Category
Movie of the week